A Brief History of The Brick Row Book Shop 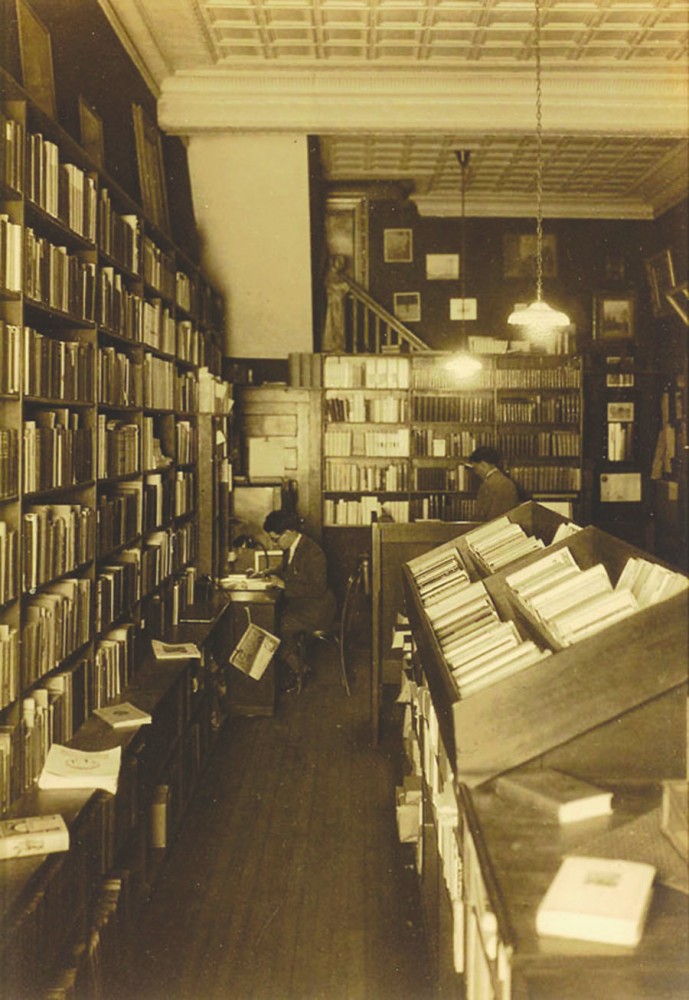 The Brick Row Book Shop is one of the oldest antiquarian book firms in the United States. Founded on December 5, 1915 in New Haven, Connecticut, the shop was named after a famous block of buildings on the Yale campus, the Brick Row (pictured above). That location, at High and Elm streets, has long since been demolished and in its place stands Yale's Stirling Library. The photograph to the left is of the ground floor of the shop in early 1916.

The first director was Edmond Byrne Hackett, who remained at the head of the business until his death in 1953. During the course of its early years, two branches were opened, in Princeton and New York City, but at the depth of the Depression the New Haven and Princeton shops closed and were consolidated into the New York City location.

Two decades later, within a year of Byrne Hackett's death, the Brick Row was sold to Hackett's last associate, Franklin Gilliam, who moved the shop to his home state of Texas, settling in Austin in 1954. For 17 years the Brick Row operated there, at one point opening a branch in Houston, until it pulled up stakes again in 1971 and headed for San Francisco. There the shop settled in on Post Street, near the other well-established firms of John Howell, David Magee, the Holmes Book Company, Bernard Rosenthal and the Argonaut Book Shop.

In 1983, Franklin Gilliam sold the Brick Row to its current owner, John Crichton, who has maintained the shop's traditional emphasis on English & American literature, Americana and antiquarian bibliography. Over the years, the employees of the Brick Row Book Shop have been nearly as varied as its locations, including such names as Michael Papantonio, Arthur Swann, David Randall, Robert Barry, Sr., Anthony Newnham, Matt Lowman and Garrett Scott. Considering the vagaries of 100 years of business, three owners and almost 20 mailing addresses, we pride ourselves on a fairly constant record; our catalogues and our services aimed at libraries and private collectors alike remain the mainstay of the business, though (as our presence on the internet might indicate) our methods continue to evolve.